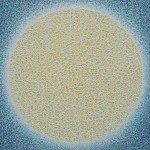 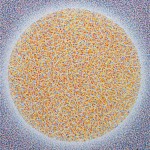 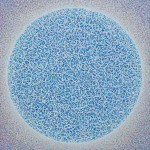 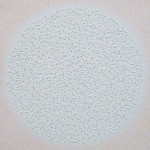 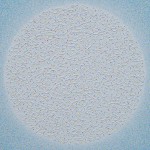 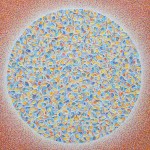 The circle is the primordial shape, it is the beginning, the point of departure, the mother cell, the ONE.

Inside the circle, linen threads describe tightly-wound and slightly raised interlacing designs that catch the light and give body to a turbulence which is both restrained and peaceful.

A white disk against a white background or a strongly stated coloured disk, the discrete play of shadow and light is enough to give rise to a modulation, an energy of vibrations.

“Light is the most subtle state of matter and that which we call matter is but the most condensed form of light. The whole universe is made of this same matter… or this same light… more or less subtle, more or less condensed.” O.M. Aïvanhov