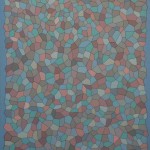 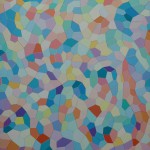 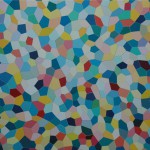 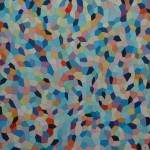 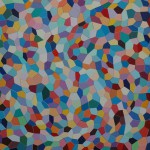 Influenced by the Support-Surface group following discussions with Jean-Pierre Pincemin and in an approach close to Concrete Art, I tried to treat the surface of the painting in a uniform way. I chose to divide it up into non-specific pentagons, a shape that does not allow one to divide up the plane in a regular and even way. Randomness and uncontrollability became the key factors at stake, an aspect that I reinforced by varying the colours whilst following my structuring idea which excluded any subjective or sentimental expression.